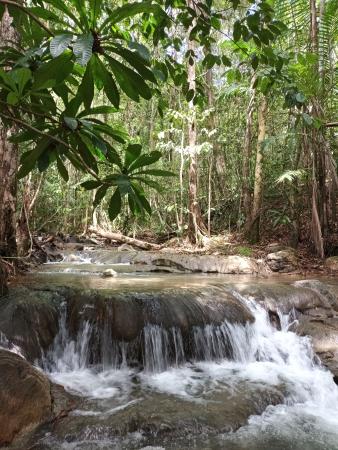 The best time to visit Krabi depends on the weather but is usually between the months of December and February. During this time, there is often a cooler breeze from the northeast (China area) and the monsoon rains have stopped in November typically.

When is Temperature and Humidity Favorable in Krabi?

Temperatures in Krabi are at their lowest between the months of December to February. Humidity also drops during this time and the environment for vacation and relaxation becomes the best time of the year during these months.

It’s a common scene to seek visitors sweating profusely in Thailand during the hotter months of March through September. A lot of people don’t enjoy the heat like that, but they would rather visit during a time when there are not so many people crowding Krabi Town, Ao Nang Beach, and Koh Phi Phi beaches.

When Is Krabi the Least Crowded with Visitors?

Unfortunately, the high season for Krabi and surrounding islands and areas in the south of Thailand is between November and the end of April. That means there are many visitors in Krabi during the best months of the year.

If you can stand the heat and humidity of May through September, this is also a good time to come to Krabi because there will be less people during that time.

Some of the most popular attractions in Krabi like the Tiger Cave Temple, Crystal Pool (Sra Morakot), Koh Phi Phi, Koh Lanta, Ao Nang Beach, and the Krabi Hot Spring can be overwhelmed with visitors. We’ve seen this in the past.

In 2022 and 2023 we don’t think we’re going to get the ten million visitors from China, so there may be a good experience with fewer people for at least the next year.

What Is Krabi’s Biggest Event and When Is It?

Southern Thailand cities like Phuket, Surat Thani, Trang, and Krabi celebrate the Jeh Vegetarian Festival each year in October. This is a fascinating look at some of the history of southern Thailand involving gypsies in Phuket. Jeh Festival is their tradition to celebrate their healing from a rampant killer disease over 100 years ago.

The disease almost wiped out the gypsies in Phuket over a period of many months. Finally they prayed to the gods of animism and fasted – avoided food – and the disease abated.

Every October is an event where hundreds of people among thousands in their parades in all the cities mentioned are possessed by monkey, children, pigs, and gods. Many participants impale themselves with metal pieces through their cheeks. It’s quite a scene. Not recommended for kids, there is a lot of blood in this festival.